Welcome to my blog http://www.skegley.blogspot.com/ . CAVEAT LECTOR- Let the reader beware. This is a Christian Conservative blog. It is not meant to offend anyone. Please feel free to ignore this blog, but also feel free to browse and comment on my posts! You may also scroll down to respond to any post.

For Christian American readers of this blog:


I wish to incite all Christians to rise up and take back the United States of America with all of God's manifold blessings. We want the free allowance of the Bible and prayers allowed again in schools, halls of justice, and all governing bodies. We don't seek a theocracy until Jesus returns to earth because all men are weak and power corrupts the very best of them.
We want to be a kinder and gentler people without slavery or condescension to any.

The world seems to be in a time of discontent among the populace. Christians should not fear. God is Love, shown best through Jesus Christ. God is still in control. All Glory to our Creator and to our God!


A favorite quote from my good friend, Jack Plymale, which I appreciate:

"Wars are planned by old men,in council rooms apart. They plan for greater armament, they map the battle chart, but: where sightless eyes stare out, beyond life's vanished joys, I've noticed,somehow, all the dead and mamed are hardly more than boys(Grantland Rice per our mutual friend, Sarah Rapp)."

I must admit that I do not check authenticity of my posts. If anyone can tell me of a non-biased arbitrator, I will attempt to do so more regularly. I know of no such arbitrator for the internet.

Posted by skegley.blogspot.com at 11:41 AM

My friend, David Kaelin and I met about 2 am in the lobby of the Atlanta Rennaisance Hotel. I could not sleep because of the SEC tournament excitement we were there for. David came in to the lobby from a night out with his two brothers. That wasn't too long after the devastationg 9/11/2001 attacks which destroyed our twin towers in NYC, wrecked part of the pentagon, and crash-ended due the interruptions by a few brave Americans of a third plane in a Pennsylvania field. David and I agreed that the Saudis, of which the planned attack leader Osama bin Ladin, and the majority of others were Saudi Arabian citizen pilots. Dave has served a decade, mailnly in Afghanistan teaching Afghanians the American Army supply system. His students appreciated his straight-forward approach in teaching them. Dave wrote and had published a book: "No Regrets", which I congratulated him for his honesty in writing about his experiences and travel in the Middle East. Now that the USA has pulled out and the Taliban have quuicklly mocved baack in, I would like to know if David feels that the USA's mission was accomplished there? I watched Trey Gowdy's Fox News show tonight and he repeatedly asked the question: Was it 'mission accomplished' or a failure? The vacuum which the quick retreat of the USA troops created and the Afghan people and all other American allies who witnessed our patriotism immediately after 911, must feel that the USA had betrayed our expected faithfulness in keeping our promises to search and destroy the wicked enemies of the free world who destroyed our prize property on our American soil. I expect only further honesty from David if he chooses to reply; however, things are quite different in Afghanastan at the moment. He should never regret his honesty or in freely expressing himself. He should see it from quite a different perspective than most USA citizens. I have felt that the persp-ective of a worker ant in the middle of an ant the hill cannot have the perspective of those soldier ants near the top of the hill and being closer to the Queen. Sam Kegley
Posted by skegley.blogspot.com at 10:04 PM No comments:

Suggestion inserted Conversation opened. 2 messages. 1 message unread. Skip to content Using Gmail with screen readers Search Compose Labels Inbox 197,609 Starred Snoozed Important Sent Drafts 1,904 Categories Social 25,099 Updates 66,711 Forums 16 Promotions 97,890 [Imap]/Drafts [Imap]/Sent [Imap]/Trash 10 Notes Personal Athletics skegley.kegley@gmail.com, Travel More Meet New meeting Join a meeting Hangouts CollapseHangouts More 1 of 13,344 Expand all Print all In new window What should President Trump’s priorities be? DonaldJTrump.com 9:53 AM (48 minutes ago) Tell him what you think So, Sam, now that you’re on the team, are you ready to SAVE AMERICA? The ONLY way President Trump can SAVE AMERICA is with the support o Sam Kegley
Posted by skegley.blogspot.com at 10:44 AM 11 comments:

Re: Quora story on WW II.

Sam Kegley
Posted by skegley.blogspot.com at 12:44 PM No comments:

Grandddaughters and their additions to Jeanie's and my enjoyment

Our youngest grandchild, Ida Scout, Jay's and Terri's, youngest, became 11 last Friday, June 11. Our lives instantly overflowed with grandparental love when we first spotted each of our three granddaughters at their birth. Scout's sister is Tobey, who will becomne 25, July 12. Younger son Jeff's, Morgan, will become 26, November 15. Joy in seeing, hearing, or sharing has always been instantaneous as we are permitted time with any one of our beauties. Each are Ohio U. graduates and have begun their working journeys. Tobey is so talented in anything she enters into and Scout, a fine artist with painting, is so conscientious in applying her gifts. Morgan enjoys middle school science teaching as her dad, Jeff, did in High School unntil his retirement just a few years ago. Jeanie and I will celebrate our 70th anniversary January 19, 2022. The thing that is so astonishing to us is the happiness the little girls, and now young ladies, have brought us in these latter years of our lives. We credit our Creator and His plans for us humans in sending His son, Jesus, as our savior. The words and music of "How Great Thou Art" rings beautifully in our ears, as we wonder at these few short years. of our lives. We thank you, Lord! Jeanie and Sam Kegley
Posted by skegley.blogspot.com at 6:56 AM No comments:

On Line Blog Definition
Google-Blog Definitionblog, short for web log, an online, regularly updated journal or newsletter that is readily accessible to the general public by virtue of being posted on a website. 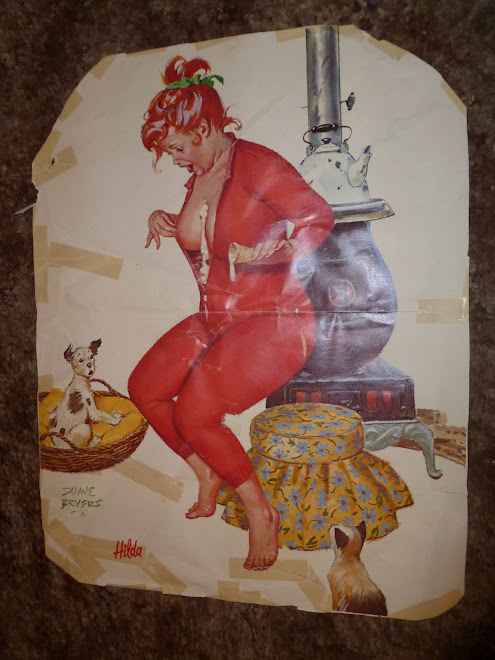 Kinder, Even Gentler & Loving, Every YearAbout Me